One more famous club that will also take a part in the “New Belgrade Summer Handball Cup 2017” tournament is the Maccabi Tel Aviv club. The club will participate with boys' team, generation 2001.

The handball club Maccabi Tel Aviv club was founded in the 1930s. Initially, the club consisted of three separate clubs: Maccabi North Tel Aviv, which won three national cups in a row between 1963 and 1965, Maccabi Tel Aviv and Brit Maccabim Atid. They gradually united under the name of Maccabi Tel Aviv. The well-known players such as Avraham Shneior, Moshe Resch, Yoav Drucker, Mickey Tenenbaum and Avi Resch played in the team. During the 60's, the club won State Cups three times, as well as championships on 2014 and 2016.

Currently, a youth department of Maccabi Tel Aviv counts over 300 players which have made an amazing progress in the past 3 years. The boys' team made of the generation born on 2001 and younger, is a very talented team and coached by the excellent Serbian coach Akim Komnenic. The team has got also experience in the international tournaments such as Eurofest tournament in Slovenia 2015 when they took a gold medal, and Prague Handball Cup 2016. Certainly, they will be one of the favorites in the New Belgrade Summer tournament. 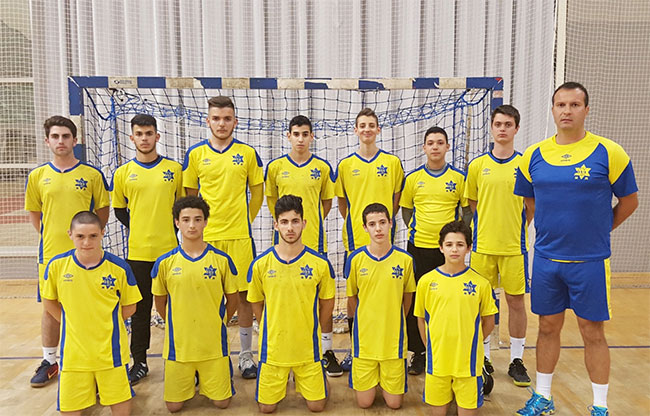 The coach Akim Komnenic says: It is our great pleasure to participate in the international tournament in my Serbia. Every game out of the Holy Land is a great experience for my protégés and hopefully good and quality games in this tournament will contribute to the development of my players. We want to present ourselves in the best possible way at the prestigious tournament which I believe will become one of the best in Europe in few years.